Latin America is home to the world’s second-largest eCommerce market thanks to rising rates of internet connectivity and mobile adoption among its people. And while COVID-19 disrupts the global economy, online merchants are seeing the benefit as consumer shopping habits move online.

Global eCommerce sales have soared by 209%, with online sales revenue increasing by 230% in Latin America alone, since the start of the outbreak. And when it comes to a rise in new eCommerce buyers, Mexico is no exception.

According to a new report, it was the need to access basic necessities that drove most Mexicans to move their purchasing behaviour online. As stores across the country closed, the Mexican eCommerce market skyrocketed by an incredible 900%. Furthermore, nearly four out of five consumers in the region said that they intend to continue shopping online even after the pandemic is over.

However, despite the recent eCommerce market boom in the country, it still remains largely untapped. That’s why Currenxie is actively helping merchants seamlessly enter Mexico’s eCommerce market through the recent addition of its Mexican peso (MXN) collection accounts to its Global Account® platform.

This will allow our clients to quickly and cost-effectively start selling to Mexican consumers on marketplaces such as Amazon, enabling them to be diversified and competitive during adverse times.

Mexico is Latin America’s second-largest eCommerce marketplace and the 19th largest in the world, generating a revenue of US$19 billion in 2019. As of February this year, 89 million of the country’s residents (roughly 69%) — made up primarily of Mexico’s growing middle class — are active internet users, with eCommerce user penetration expected to hit 55% by 2024. 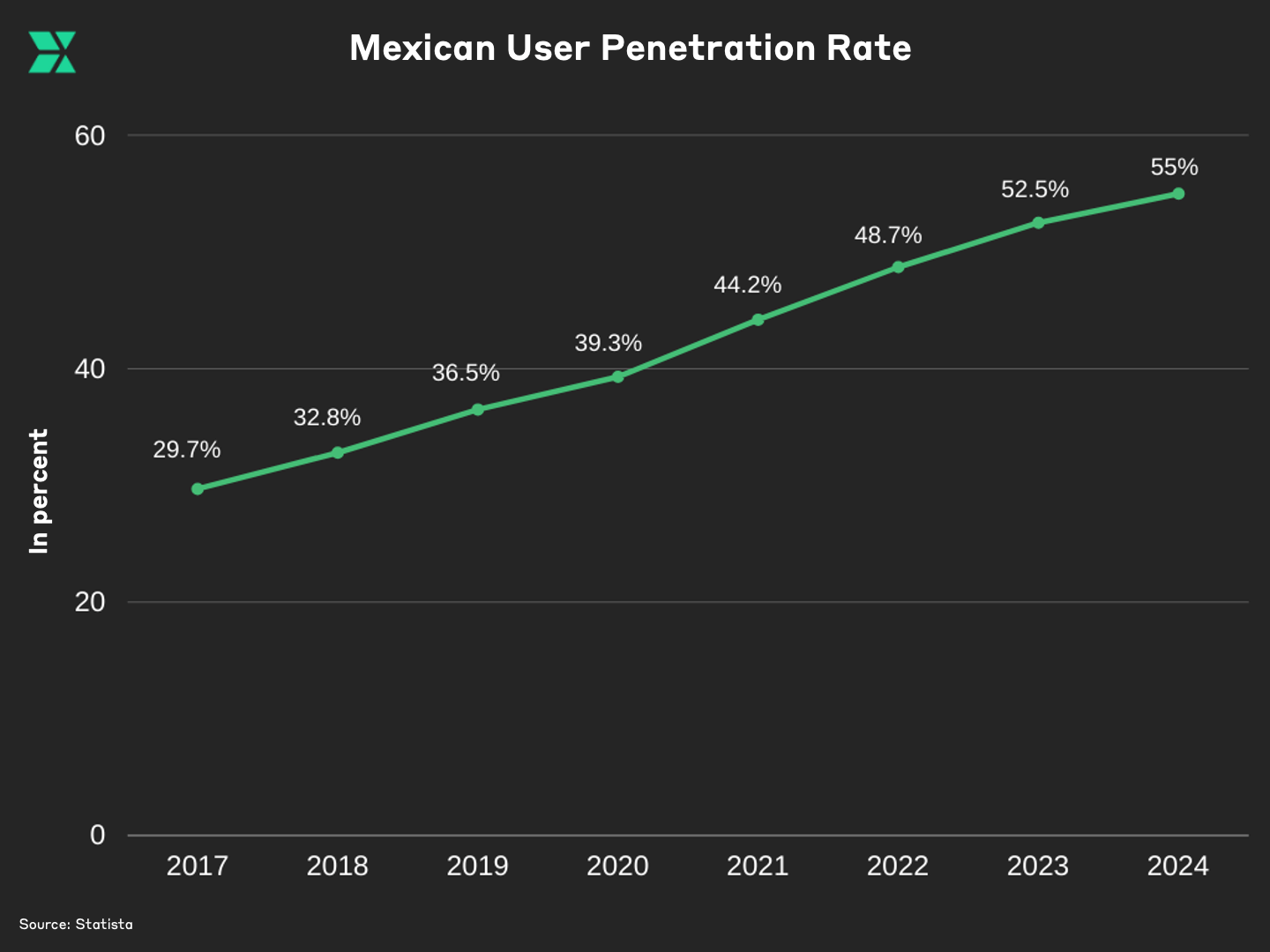 While buying habits among Mexico’s online shoppers were quite similar to online shoppers in the US and Europe, the impact of the coronavirus has been observed in specific categories.

According to the Mexican Association of Online Sales (AMVO), there has been a 15% increase of unique visitors on online grocery stores. They also noted that food delivery services and fashion products drew the highest percentage of new buyers, along with internet banking. Mercado Libre, Latin America’s largest online marketplace, noted a 403% increase in the sales of home care and laundry products and a 114% increase in pharmacy sales.

During the country’s lockdown, major eCommerce categories like food, water, electricity, and gas were the major attractors of new buyers. However, as restrictions are lifting and Mexican society is adapting to the ‘new normal’, categories like fashion, accessories, and technology are gaining prominence once again. 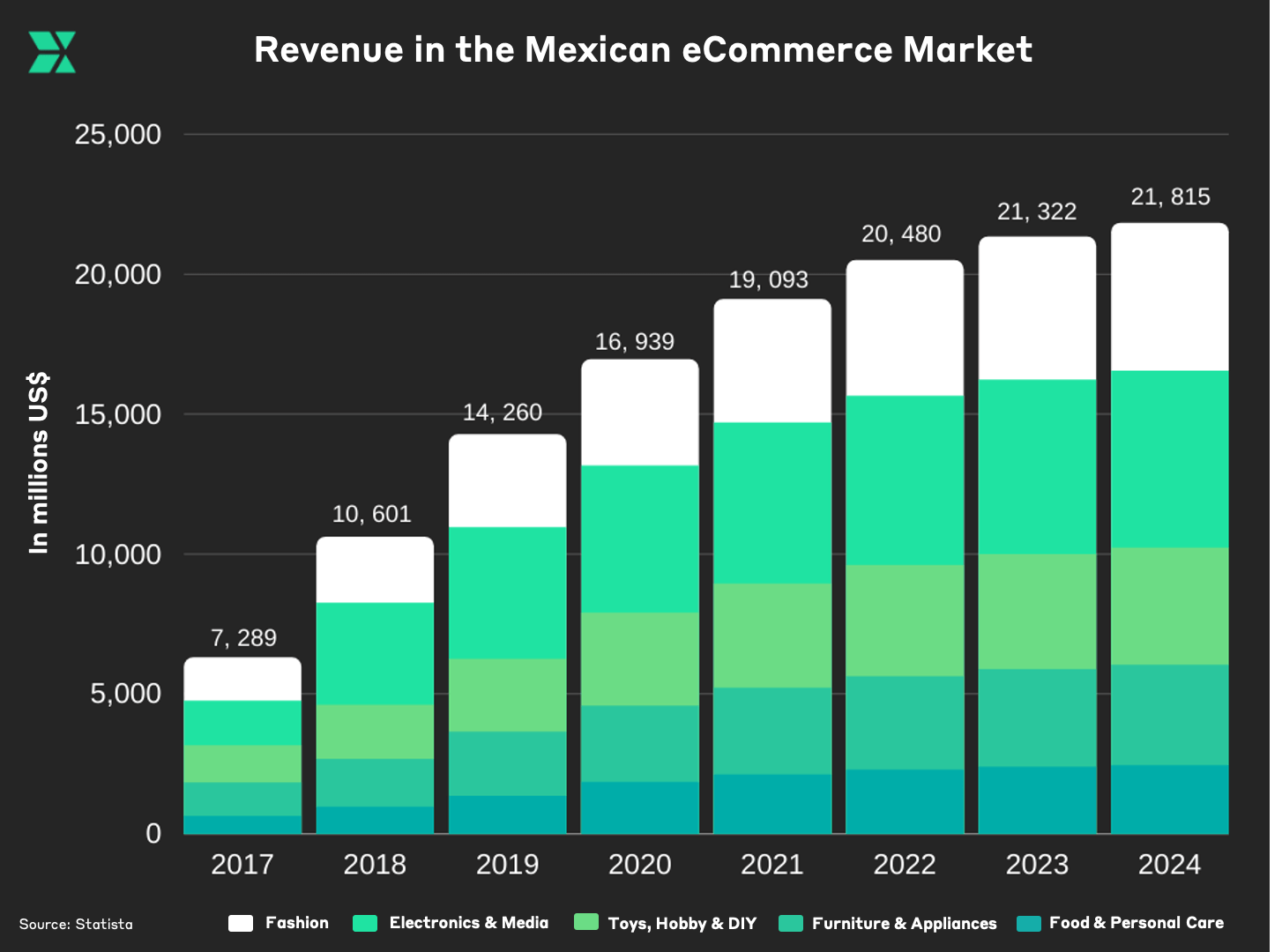 The majority of Mexico’s online shoppers are young adults who live in urban areas. In 2019, approximately 33% of online shoppers in the North American country were aged between 25 and 34 years, 25% were aged 15-24, and 24% were 35-44. According to recent reports, Mexicans also spend more cash online per shopper than citizens in other countries with more-developed eCommerce markets.

Through Currenxie’s Mexican peso collection accounts, our Global Account® clients who are sellers on marketplaces such as Amazon Mexico can receive payments directly in MXN. They can then withdraw the funds into their home bank accounts in their local currency at highly competitive rates, or use their Global Account to pay beneficiaries worldwide.

A company’s cash flow is the crux of its success. However, the global economy has taken an undeniable beating thanks to the COVID…

The routines and values that guided consumers have been reshaped by the world-changing phenomenon that is the COVID-19 crisis. And…